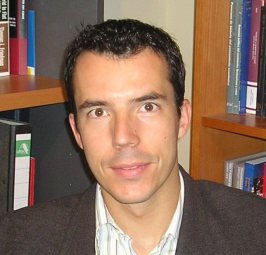 Carlos Mulas Granados (Madrid, Spain, 1974) is a Spanish economist, specialist in public finances and macroeconomics, and a university professor at Complutense University (on secondment at the International Monetary Fund).

He received an IMF Fund Award-2015 for his work on income inequality and the role that wage dispersion plays in explaining income distribution.

As of 2015, he is an employee of the International Monetary Fund.

He has a PhD in Economics from Cambridge University, works as an advisor to the IMF).

Carlos Mulas joined the IMF. He ran for the Spanish Congress of Deputies in the list of that socialist party during thegeneral elections of 2011. He also contributed to the economic program of the Spanish Prime Minister José Luis Rodríguez Zapatero, and was deputy director of the Economic Office of the Prime Minister. He was later the Executive Director of the IDEAS Foundation until he joined the IMF.